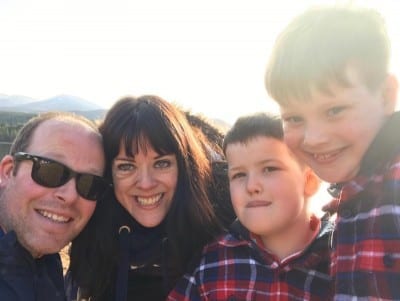 “I remember the date very clearly – Friday 24th February 2012 – but most other memories from that time are cloudy and vague, to say the least. You see, I was physically and emotionally drained. I had a five-month old baby who had spent the previous ten days behaving oddly, making strange jerky movements and crying incessantly. I had an energetic two-year old in the mix too. You can imagine what my life was like. So, my first reaction on hearing those words was “tubular what?” I thought immediately of the Mike Oldfield classic, Tubular Bells. That was about as much as my already-full brain could manage.

I was the kind of exhausted that every parent with a small baby and a toddler experiences at some point. But, I was also exhausted from the double-whammy of rejections I had received from two different GPs who had dismissed my concerns about my baby, Thomas, as “colic” and “teething”. One of them even said “you can’t think he’s having seizures”. Oh, how ironic those words seem today.

You see, on Valentine’s Day, I had been getting Thomas ready for bed when I noticed he was making very subtle jerky movements with his arms. He was five months old, so I thought he should have grown out of the startle reflex, but that was the only thing I could think of that made any sense. However, it didn’t really make any sense and something just didn’t seem right. Over the course of the next few days, things got worse. Thomas was doing this strange movement, which I could only describe as an exaggerated version of the startle reflex, more and more. He was also crying more than usual. I guess, looking back, I was pretty certain, deep down, that there was something terribly wrong with him. I knew from my experiences with my older son that babies cry. But this was something different; this crying was on another level. I had spent three nights driving round the countryside near where we lived with Thomas in the back of the car, just to get us out of the house so that my husband, David, and our other son could get some rest.

After my two failed GP visits (although, to give the second one her dues, at least she had offered to write to the paediatrician for advice), I decided to take matters into my own hands. It was my mum who had gently suggested that if I was really worried, I should think about going up to the local hospital. So, on that Friday morning, my husband went to work, I deposited our two-year old at nursery, packed a bag with some emergency supplies and headed to the A&E department. By this time, I was armed with video evidence of Thomas’s unusual episodes (thank goodness for smartphones!) but even the triage nurse dismissed the footage as “definitely not seizures”. Luckily, we were eventually seen by a paediatrician who took one look at the video and knew straight away that he had a classic case of infantile spasms on his hands. Rare in itself, he explained that it could be caused by an even rarer genetic condition called Tuberous Sclerosis Complex.

We spent two nights in that small, local hospital, before being moved to a paediatric neurology ward at a bigger hospital in a nearby city for an MRI scan which would determine whether Thomas did in fact have Tuberous Sclerosis Complex. I still hadn’t really processed what was happening, although I finally felt as though I was being taken seriously. How I now wish it had just been a bad case of colic…

The day of the MRI came and that experience was so frightening. There was talk of sedation, but Thomas had a cluster of seizures immediately beforehand and slept for the entire 20 minutes of the scan, without moving a muscle. I, on the other hand, felt every single clang and bang of the scanner as if time were standing still. The following day we received the devastating diagnosis, which was to change our lives forever. The consultant was sensitive and had held off delivering the diagnosis until we’d had a chance to get some sleep. However, it was a diagnosis nobody wants to receive. Fortunately, I had my husband with me, but processing something like that is impossible. I still don’t know to this day if I will ever come to terms with it.

I know it isn’t easy for the healthcare community to deliver a diagnosis like this. However, being on the receiving end of it is shattering. It propels the entire family into a maelstrom of confusion. Our family were faced with dozens of questions without answers, countless scans and tests, regular monitoring of symptoms and medication, all against a backdrop of uncertainty about what the future would bring. It hasn’t been easy for us and there are days when we still think “why Thomas, why us”? But, over time, we have gradually learned to come to terms with our new life and the realities of having a child like Thomas.

We were given a leaflet, which at the time seemed a ridiculous consolation prize for having been given such shocking news. However, in time, this leaflet became our lifeline. It was a leaflet produced by the amazing Tuberous Sclerosis Association who offer all kinds of support and information, which is invaluable once you have left the safety of the hospital environment and are back in your own home working out how to put your life back together and what your new version of “normal life” looks like.

Thomas is now seven years-old and still experiences seizures most days because of his epilepsy and where the tubers are situated in his brain, although he has also spent the past four years on a clinical trial for an epilepsy medicine which has been amazing, not just for him, but for the entire family. Thomas’ development is profoundly delayed: he is non-verbal, struggles to communicate in a conventional way and cannot do many of the daily tasks that most of us take for granted. But, he is the happiest little boy you could ever meet! He is cheeky, funny and great company. He takes everything in his stride and has developed his own little ways of letting us know what he wants and needs. He skips off when we get him up on a morning, looking for his tablet so that he can watch his beloved Barefoot Books videos on YouTube. He regularly runs away when we are trying to dress him after his evening bath, and can be usually found in his brother’s room waiting for a tickle or a cuddle. He knows where the treats are kept and when he is hungry will bring us a food packet that needs unwrapping to let us know it’s time for a snack!

It’s not the route that any of us expected our lives would take, but Thomas brings absolute joy to everyone whose path he crosses. He has taught us so much, enriched our lives beyond expectation and given us a different lens to view the world through. We don’t know what the future will bring, but let’s face it, who does? What we do know is that we’re as ready as we can be to face the challenges that are thrown in our path and the bumps in the road that may come our way.” 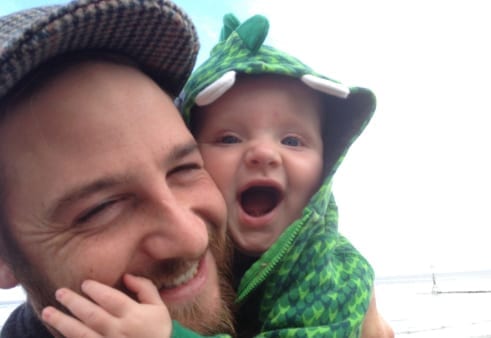